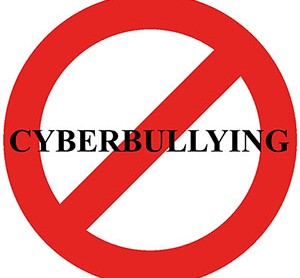 Often times when one thinks of personal injury lawyers, they think of cases involving physiological harm, such as falls or motor vehicle accidents. However, often unbeknownst is Ottawa law firms also take on personal injury cases involving the psychological damage such as bullying or cyber-bullying. Although personal injury cases involving psychological harm may not be as easily identifiable, the victim’s injuries may still be compensable under ‘tort’ laws. What is a tort? Well, a tort describes a wrongful act committed by one person towards another. There are two main types of torts, unintentional and intentional. Bullying would be considered an intentional tort, seeing as the bully’s injuries towards the victim are intentional and often premeditated. Intentional torts can also include the following: assault, battery, false arrest, invasion of privacy, false imprisonment, nuisance, trespass and intentional infliction of mental distress; bullying would fall under the latter.

The difficult aspect about consulting Ottawa law firms and personal injury lawyers for bullying cases, can be knowing when words stop becoming meaningless and start causing harm. Just because the damage is not physical does not mean it can’t cause harm to the victim. Victims of bullying are more likely to suffer from headaches, stomachaches and depression. Victims of bullying are also at a greater risk for suicide and mental illness. According to the Canadian Mental Health Association, 20% of Canadians will experience mental illness at some point and while mental illness and bullying are not mutually exclusive, they can be relative. Intervening and finding justice for victims of bullying by contacting Ottawa law firms may help the victims begin the healing process sooner.

Ottawa law firms and personal injury lawyers are becoming more familiar with bullying cases since the arrival of Ontario’s anti-bullying statute, which came into effect September 1, 2012. This statute is especially important since, according to Statistics Canada, Canada has the 9th highest rate of bullying in the 13-years-old category and 47% of Canadian parents report having a child who is a victim of bullying. It’s important to spread awareness about bullying and to understand it is a serious crime and is punishable by law. In certain cases, personal injury lawyers may consider tortuous or bullying cases as criminal acts. This means in addition to internal infliction of mental distress, bullying can also be considered as assault and invasion of privacy.

If you know someone who has been a victim to bullying or cyber-bulling and you feel the resulting damage deserves monetary compensation, give Ottawa law firms a call and consult with personal injury lawyers. Just because physiological harm may be more obvious than physical harm, does not mean it should take any more precedence.