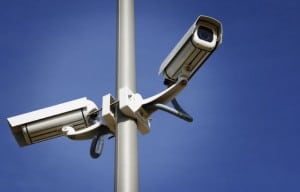 Picture this situation: you’ve been injured in a car collision and you have brought a personal injury compensation claim against the at-fault driver and his insurance company. On a few consecutive days you notice a strange car parked on your street and in it there is a man who appears to be taking pictures… Could it be that you are under surveillance? Absolutely!

Being placed under surveillance in the context of a personal injury claim is a common occurrence. Insurance companies can and will exert their right to obtain information permitting it to assess whether or not you are truly injured. Video surveillance is commonly employed to portray the plaintiff in the execution of his day to day activities, albeit this is limited to the activities that are performed in public and not in private.

Video surveillance is not the only means by which an insurance company may collect evidence in its attempt to contradict a plaintiff’s claim that he/she has lost the ability to complete some or all of his/her activities of daily living. The Internet can serve as quite the investigating tool for insurers. Most individuals do not realize that they are submitting themselves to surveillance by creating a personal web presence on sites such as Facebook, Twitter, MySpace, etc…

The Ontario Superior Court has generally accepted that information posted by a Plaintiff on social media websites is fair game and can be accessed by the defending insurer. Thereby permitting the insurer to review photographs, videos and statements a plaintiff has posted on the Internet since the date of the accident in an attempt to defuse the plaintiff’s allegation that he/she is more injured than not. The Internet is a public domain. Posting information related to the personal injury on the Internet is equivalent to shouting news from the top of a building.

To be on the safe side and to prevent insurers from using information posted on the Internet, personal injury plaintiffs should refrain at all costs from posting videos, pictures and comments about their daily activities.

The recent decision of Hill v. Jevco which was recently adjudicated through arbitration with the Financial Services Commission of Ontario has elaborated on the probative force of video surveillance. The Arbitrator in this matter was tasked with evaluating the evidentiary value of the video surveillance obtained of the claimant by his automobile insurer. The video surveillance showed the claimant performing activities he had earlier claimed he could no longer performed due to the personal injuries sustained.