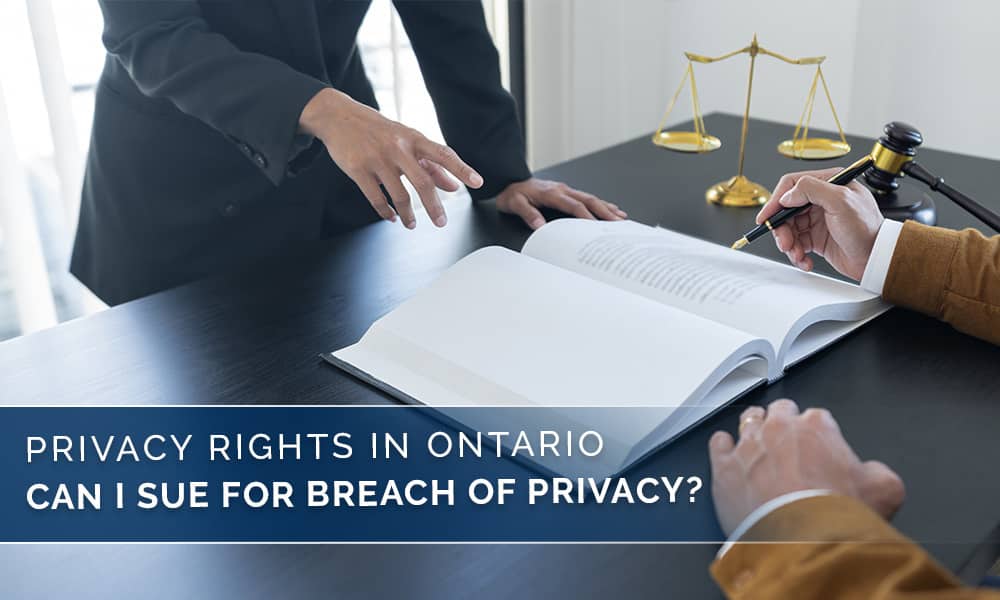 Ontario has not codified a statutory tort of invasion of privacy as has been done in some other provinces (see Jones v. Tsige, 2012 ONCA 32 (CanLII), paras. 51-53). Also, there isn’t a broad common law tort of “invasion of privacy” in Canada. Instead, the concept is divided into four separate torts, most of which have only been recently recognized by the Ontario courts. In Jones v. Tsige, the first decision to recognize the tort of intrusion upon seclusion, the Court of Appeal explained the four privacy torts as follows: [16] Canadian, English and American courts and commentators almost invariably take the seminal articles of S.D. Warren & L.D. Brandeis, “The Right to Privacy” (1890) 4 Harv. L. R. 193 and William L. Prosser, “Privacy” (1960), 48 Cal. L. R. 383 as their starting point. […] [18] Professor Prosser’s article picked up the threads of the American jurisprudence that had developed in the seventy years following the influential Warren and Brandeis article. Prosser argued that what had emerged from the hundreds of cases he canvassed was not one tort, but four, tied together by a common theme and name, but comprising different elements and protecting different interests. Prosser delineated a four-tort catalogue, summarized as follows, at p. 389: 1. Intrusion upon the plaintiff’s seclusion or solitude, or into his private affairs. 2. Public disclosure of embarrassing private facts about the plaintiff. 3. Publicity which places the plaintiff in a false light in the public eye. 4. Appropriation, for the defendant’s advantage, of the plaintiff’s name or likeness.

There are four recognized common law privacy torts in Canada:

4. Appropriation, for the defendant’s advantage, of the plaintiff’s name or likeness. (as discussed in a case called Jones v. Tsige)

Intrusion Upon Seclusion applies when one who intentionally intrudes, physically or otherwise, upon the seclusion of another or his private affairs or concerns. In such cases, the offending person is subject to liability to the other for intrusion upon seclusion, if the invasion would be highly offensive to a reasonable person. The tort is applicable to intrusions, both physical and non-physical, into the plaintiff’s private affairs, and does not require publication or dissemination of information learned through the intrusion. The tort of intrusion upon seclusion consists of three elements:

1. The defendant’s conduct must be intentional, which would include reckless conduct;

2. The defendant must have invaded, without lawful justification, the plaintiff’s private affairs or concerns; and

3. That a reasonable person would regard the invasion as highly offensive causing distress, humiliation or anguish (see Jones v. Tsige).

Proof of harm to a recognized economic interest is not an element of the cause of action. A claim for intrusion upon seclusion will arise only for deliberate and significant invasions of personal privacy. Claims from individuals who are sensitive or unusually concerned about their privacy are excluded: it is only intrusions into matters such as one’s financial or health records, sexual practices and orientation, employment, diary or private correspondence that, viewed objectively on the reasonable person standard, can be described as highly offensive. (see Jones v. Tsige)

Public disclosure of private facts deals with the situation in which one gives publicity to a matter concerning the private life of another, if the matter publicized or the act of the publication (a) would be highly offensive to a reasonable person, and (b) is not of legitimate concern to the public (see Doe v N.D.; Jane Doe 72511 v. N.M.).

Appropriation, for the defendant’s advantage, of the plaintiff’s name or likeness – Impersonation

The tort of misappropriation of personality is now well recognized in Canada but is relatively undeveloped given the few cases in which it has been raised. It was first recognized and applied in three cases in the 1970s and 1980s (see Jones v. Tsige).

If you believe your privacy rights were violated, our Ottawa injury lawyers can help. While privacy right violations are a form of personal injury, our law firm does not accept contingency fee retainer agreements in privacy rights cases as the damages, typically are low and risks are high. Our lawyers do handle these cases based on an hourly rate retainer basis. Book a consultation today so we can answer your question about “Can I sue for breach of privacy?”