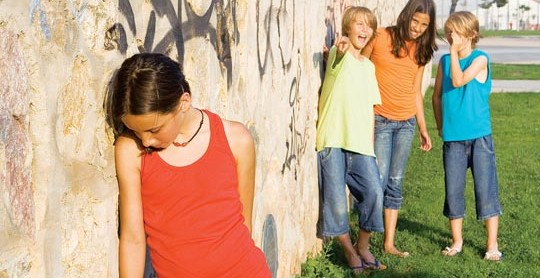 The negative effects of bullying can be felt deeply and profoundly by anyone who has been continually tormented by their peers, and this is no different in the education system. People who are frequently bullied may experience depression, anxiety, severe distress, and have in some cases taken their own lives. Several years ago, in 2012, Ontario passed the Accepting Schools Act, a new anti-bullying legislation that included comprehensive definitions of bullying and expanded the responsibilities of teachers, principals, and other supervisory staff who work in Ontario’s schools. Because these new definitions have now been passed into law, this also empowers you to take much more definitive action against bullying, including the involvement of an Ottawa personal injury lawyer to represent you and your child.

Bullying, as defined in the Accepting Schools Act, is a much more complex action than simple name-calling or occasional teasing. In the Education Act, subsection 1(1), bullying is defined as repeated aggressive behaviour from one student to another, wherein the former has the intention of causing harm, fear, or distress to the latter. This includes physical, psychological, social, or academic harm, as well as property damage and slander. The new definition also addresses a “real or perceived power imbalance” between aggressor and victim, applying to intersections of race, gender (as well as gender identity and gender expression), sexuality, socio-economic class, and disability, as well as practical concerns such as size, strength, and age.

In other terms, seeking to cause harm or distress, either in-person or online, constitutes bullying, and is deemed as unacceptable behaviour.

It is the responsibility of educational staff working within your child’s school to prevent bullying whenever they can. Of course, it is impossible to stop every instance from occurring, no matter how watchful a teacher or principal is. This is especially true for bullying that occurs outside of the classroom, including cyber-bullying. However, if your child has been harmed by a fellow student and you have sufficient reason to believe that the incident was foreseeable and preventable, you should contact an Ottawa personal injury lawyer immediately. A lawyer that specializes in handling cases of personal injury will be able to help you to investigate and determine whether or not the bully happened as a result of negligence, and if so, who is at fault.

These new definitions also empower you to take action against other students when serious and egregious harm is done to your child. Your Ottawa personal injury lawyer can investigate claims of bullying to determine if an act of criminal harassment has taken place, and you can pursue charges to compensate your child for their suffering.